Reclaiming the Vis:  Not all “obstacles” can be removed at times.  It is therefore important to also take personal responsibility and to remain in our power and integrity.  When we realize that we have an inherent potential and wisdom, and no longer give our power away, we begin to see changes from within.  And once we change from within, things around us inevitably begin to change as well.  We can reclaim the Vis by breaking free of the victim role and by “being the prescription, instead of the description” (Char Sundust).

One of the first steps in “Removing Obstacles” is taking an honest look at our beliefs and how they might be limiting our perceptions.  It is about understanding who has shaped our beliefs and for what purpose.  In doing so we free ourselves to experiencing our greatest potential.  One of the greatest analogies that epitomizes the essence of “Removing Obstacles,” is Plato’s Allegory of the Cave.  Below are summaries from the Allegory, which have been integrated with personal experiences and thoughts to highlight their importance and application in modern life.

“Socrates describes a dark scene. A group of people have lived in a deep cave since birth, never seeing the light of day. These people are bound so that they cannot look to either side or behind them, but only straight ahead. Behind them is a fire, and behind the fire is a partial wall. On top of the wall are various statues, which are manipulated by another group of people, lying out of sight behind the partial wall. Because of the fire, the statues cast shadows across the wall that the prisoners are facing. The prisoners watch the stories that these shadows play out, and because these shadows are all they ever get to see, they believe them to be the most real things in the world. When they talk to one another about “men,” “women,” “trees,” or “horses,” they are referring to these shadows. These prisoners represent the lowest stage on the line—imagination.”

A prisoner is freed from his bonds, and is forced to look at the fire and at the statues themselves. After an initial period of pain and confusion because of direct exposure of his eyes to the light of the fire, the prisoner realizes that what he sees now are things more real than the shadows he has always taken to be reality. He grasps how the fire and the statues together cause the shadows, which are copies of these more real things. He accepts the statues and fire as the most real things in the world. This stage in the cave represents belief. He has made contact with real things—the statues—but he is not aware that there are things of greater reality—a world beyond his cave.

Next, this prisoner is dragged out of the cave into the world above. At first, he is so dazzled by the light up there that he can only look at shadows, then at reflections, then finally at the real objects—real trees, flowers, houses and so on. He sees that these are even more real than the statues were, and that those were only copies of these. He has now reached the cognitive stage of thought. He has caught his first glimpse of the most real things, the Forms.

When the prisoner’s eyes have fully adjusted to the brightness, he lifts his sight toward the heavens and looks at the sun. He understands that the sun is the cause of everything he sees around him—the light, his capacity for sight, the existence of flowers, trees, and other objects. The sun represents the Form of the Good, and the former prisoner has reached the stage of understanding.

The goal of education is to drag every man as far out of the cave as possible. Education should not aim at putting knowledge into the soul, but at turning the soul toward right desires. Continuing the analogy between mind and sight, Socrates explains that the vision of a clever, wicked man might be just as sharp as that of a philosopher. The problem lies in what he turns his sharp vision toward.

The overarching goal of the city is to educate those with the right natures, so that they can turn their minds sharply toward the Form of the Good. Once they have done this, they cannot remain contemplating the Form of the Good forever. They must return periodically into the cave and rule there. They need periodically to turn away from the Forms to return to the shadows to help other prisoners.”

Removing Obstacles: When we begin to understand the obstacles that inhibit the Vis, we can better awaken and maintain its momentum.  Often times these obstacles are the limitations we have set on ourselves.  It is also the beliefs we have inherited from our family as well as reinforced through the media and other social institutions.  Becoming aware of our obstacles often entails a paradigm shift in our thinking, understanding of the world, and ultimately, working through our fear. 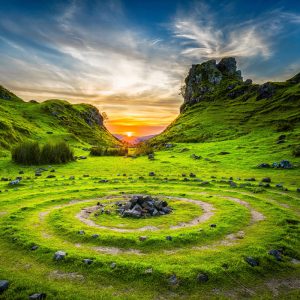 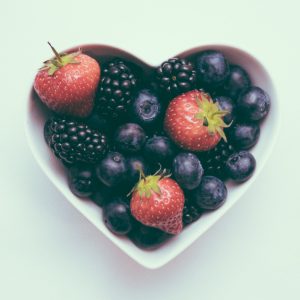 You have Successfully Subscribed!

*We hate SPAM and promise to keep your email address safe. By subscribing you agree to receive future newsletters. You can always opt-out.